Art Basel’s 2022 edition in Miami Beach closed on Saturday, December 3, 2022, following a week of solid sales across all market sectors and throughout the show.

The Fair celebrated its landmark 20th-anniversary edition in Miami Beach, signalling two decades of growth and impact by Art Basel as a cultural cornerstone in South Florida, across the Americas, and beyond. The 2022 edition – Art Basel’s largest to date in Miami Beach – brought together 282 premier galleries from 38 countries and territories, including 25 galleries participating in the Fair for the first time and multiple international exhibitors returning to the show after a brief hiatus. 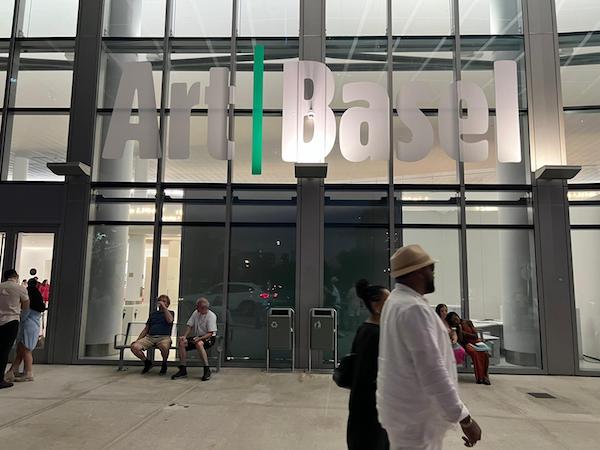 In celebration of its 20th anniversary, Art Basel launched a Gift-Giving Campaign with a lead donation to the STEAM + program, whose mission is to bring active artists into the seven public schools of the city of Miami Beach. Founded in 2018, the program engages 5,000 children and teenagers every year. It is administered by The Bass Museum of Art, working with many other local institutions, including Pérez Art Museum Miami, Miami City Ballet, New World Symphony, The Jewish Museum of Florida-FIU, Young Musicians Unite, and The Wolfsonian-FIU. In addition, UBS, Ruinart, La Prairie, Chateau D’Esclans, Valentino, Knight Foundation, and DRIFT generously support this philanthropic campaign. The fundraiser will run until the end of 2022 when the total sum collected will be announced.

Where would Miami be, when it comes to art and culture, had Art Basel never planted the seed in 2002? Would The Magic City still be living under the shadow of its Miami Vice/Cocaine Cowboy past? Over two decades ago, auto mogul, art collector, and philanthropist Norman Braman and his wife Irma had a bigger vision for both Miami Beach and the art world. Although there’s been challenges and victories along the way, Art Basel Miami Beach’s 2022 edition is bigger, better, and stronger.

"We found our life partner and 20 years ago we met our significant other in Art Basel," said Dan Gelber, Mayor of Miami Beach.  "It would not have happened without Norman and Irma Braman."

It was recently announced that Marc Spiegler would step down as Global Director after 15 years at the helm. Noah Horowitz, after leaving Art Basel as Director Americas to work at Sotheby’s, fittingly returns to step into Spiegler’s shoes. The transition should be seamless, and Horowitz will bring new energy and vision to the show.

"It is incredibly exciting to step into this role, not only the fairs but try to open a new chapter of what we can do as far as broader innovation in the art ecosystem and market," comments Horowitz.  "I think there is extraordinary untapped potential in Basel and that is what I’m most excited about."

He continues, "I love Art Basel because of its mission and supporting galleries and arguably more so coming out of Covid. That power of coming together is transformative."

Following a pandemic hiatus in 2020 and a challenging 2021, Art Basel Miami Beach returned full throttle boasting its largest edition to date. There are 282 premier galleries from 38 countries and territories. 25 are first-time participants.

Success from the Start

While gallery sales have yet to be released, it was an exciting first time exhibiting at Art Basel Miami Beach for Berry Campbell Gallery (Survey). The New York gallery presented Lynne Drexler: Nature Sparked, a focused exhibition featuring Drexler’s groundbreaking works created between 1959 and 1967.

"It is an honor for Berry Campbell to participate as a new gallery in the 20th anniversary Art Basel Miami Beach fair. We are grateful to Art Basel for their inclusivity and for their willingness to include galleries with new ideas and unique perspectives," commented Christine Berry and Martha Campbell. The gallery had a hugely successful fair selling out the booth. The largest canvas, titled Mutinous Water from 1964, sold for $1.2 million. Continue Reading

Berry Campbell is pleased to present Lynne Drexler: Nature Sparked, a focused exhibition featuring Drexler’s groundbreaking works created between 1959 and 1967. On October 23, 2022, an article by Ted Loos appeared in the New York Times with the heading, “Out of Obscurity Lynne Drexler’s Abstract Paintings Fetch Millions.” The article was published on the occasion of the opening of a joint show of the work of Drexler’s first career phase (1959–1969) at the Mnuchin Gallery on the Upper East Side and Berry Campbell in Chelsea, which represents Drexler’s estate. An Abstract Expressionist painter and student of both Hans Hofmann and Robert Motherwell, Drexler established a distinctive stylistic idiom through vibrantly contrasting hues, applied in swatch-like patches with a Pointillist dynamism. Never offered before, these paintings reveal the significant contributions she made to post-war abstraction and reveal works alive with an intense physical vibrancy and an incomparable and innovative style.

Even With Seven-Figure Sales, Sanity Prevailed During an Un-Frenzied VIP Preview at Art Basel Miami Beach

Even With Seven-Figure Sales, Sanity Prevailed During an Un-Frenzied VIP Preview at Art Basel Miami Beach

Dealers reported strong opening-day sales, but observers noticed collectors were taking the time to think about the works on offer.

Erdmann sold out his booth of paintings by March Avery, at prices that ranged from $35,000 to $65,000, telling Artnet News he was “overwhelmed” by the response of collectors. “It is so great that these important paintings are now finally being recognized by collectors and institutions alike,” he said.

Alexandre sold 14 of its 16 Dodd panel paintings, priced between $26,000 to $32,000, along with ten “flashings” (smaller works), priced at $8,700. The buyers were all based in the U.S. “The booth was very busy today, with lots of engaged collectors,” said Phil Alexandre. Continue Reading

As we hurtle towards the new year, Art Basel Miami Beach prepares to open its doors to exuberant fairgoers in the East Coast city. This year's edition will be the first since Noah Horowitz was appointed CEO of the fair on 7 November 2022, and with 282 exhibitors—almost double the number of galleries shown in the fair's first edition—he plans to deliver the biggest edition of the fair to date.

Art Basel Miami Beach always presents some outstanding art along with a good dose of art world gossip and glam, but the sheer number of galleries showing means the mass of art on display will most definitely be overwhelming.

Having previewed what the galleries have to offer, to ease the load, we have identified some exceptional works to look out for in advance. Our highlights include work by spearheads of contemporary art Mark Bradford, Nan Goldin, and Sigmar Polke.

'Drexler's best paintings achieve that quality rarely found in abstraction, by which our initial perceptual reaction begins to slowly unravel, revealing memories wrought from the natural world whilst stirring the inner parts of our subconscious', remarked Ocula Advisor, Rory Mitchell.

Drexler's presentation at Art Basel Miami Beach coincides with the display of her work in the exhibition Lynne Drexler: The First Decade (27 October–22 December 2022) at Mnuchin Gallery and Berry Campbell Gallery in New York. 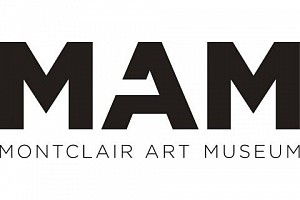 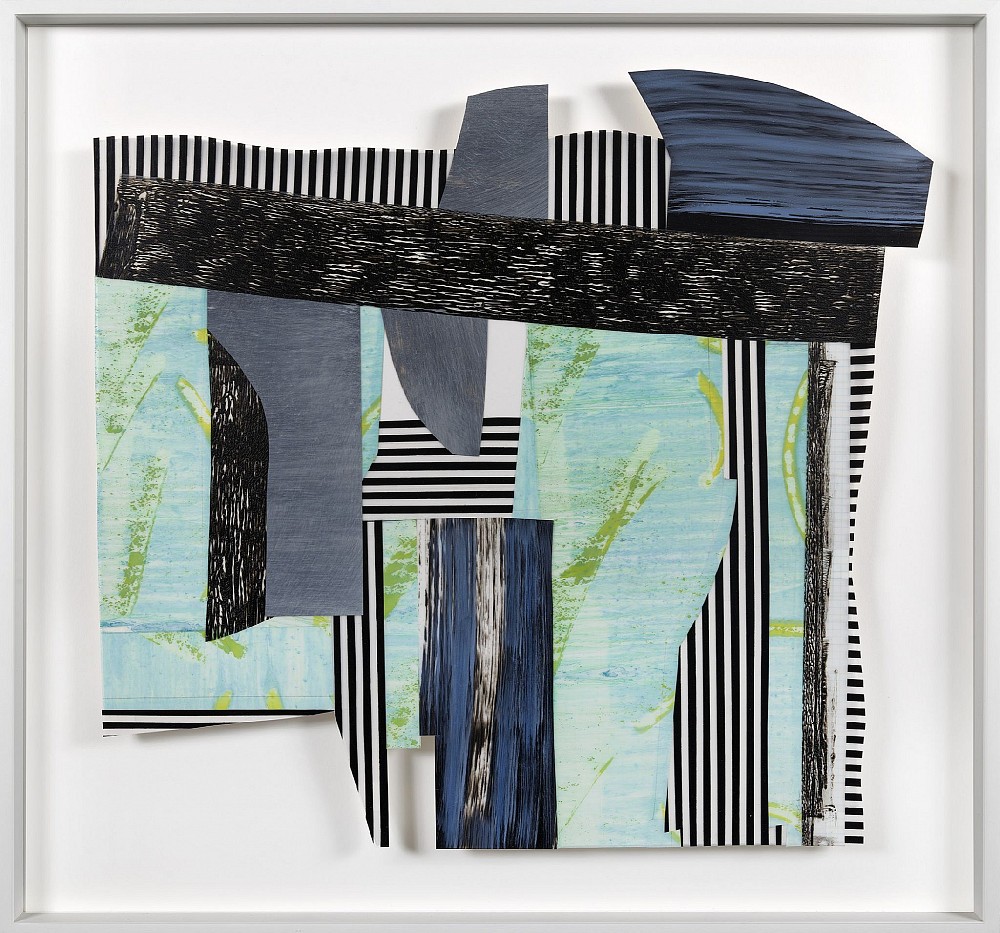 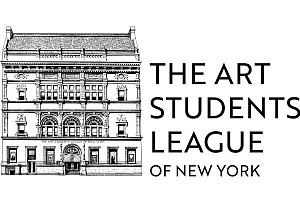 Judith Godwin Included in WE FANCY: A Legacy of LGBTQIA+ Artists at the League 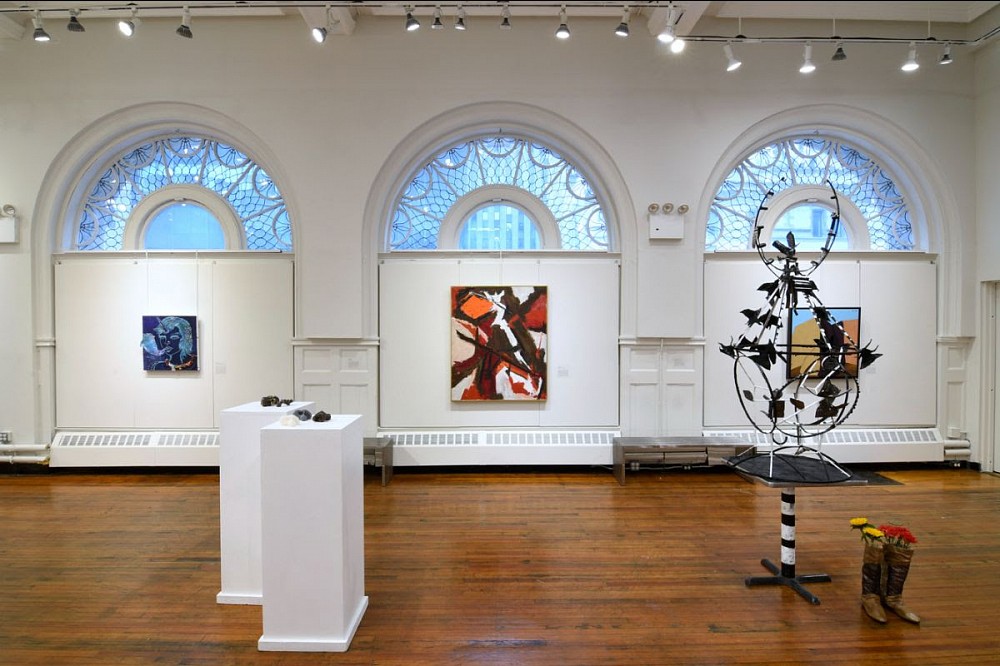 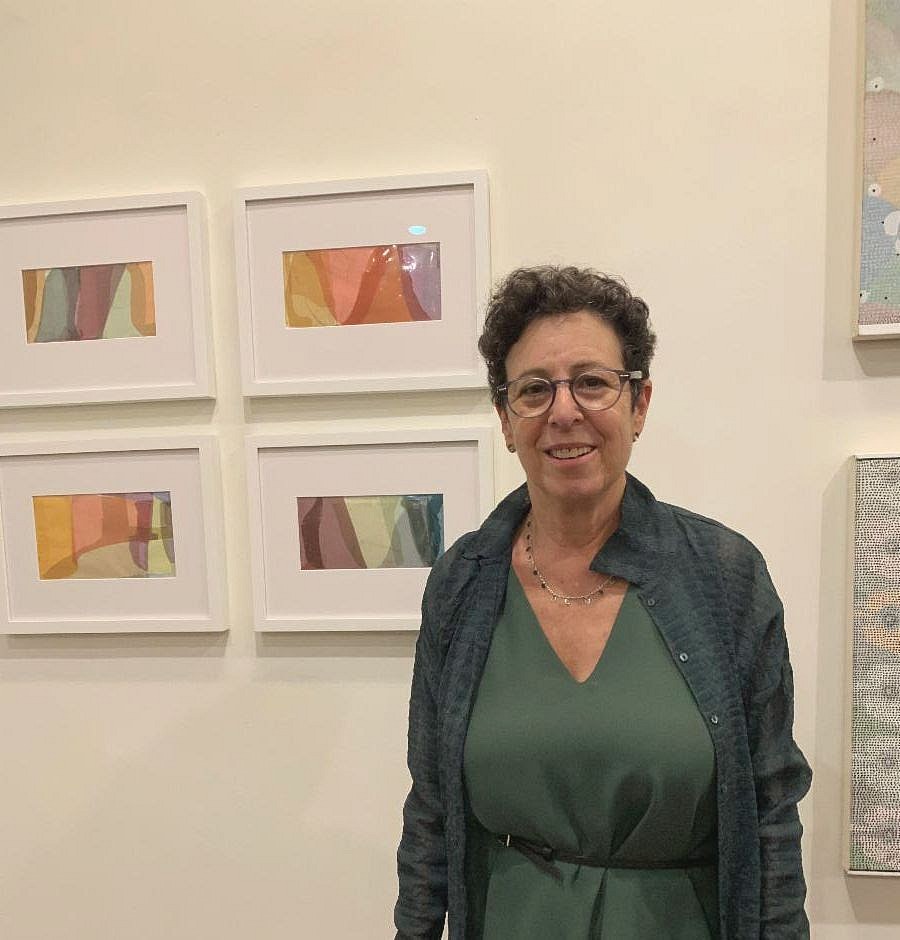