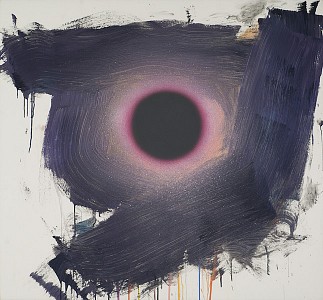 If you are an interior design buff who goes bananas over brass and gaga over grasscloth, then don’t miss the first-ever Brooklyn Heights Designer Showhouse. Sixteen designers have filled four floors of the 150-year-old brownstone at 32 Livingston Street with lavish furniture, art, wallpaper, carpets and cabinetry to create showstopping rooms that combine modern design with the home’s original detail.

Each designer tackled one room of the nearly 7,000-square-foot Neo-Grec house, which is on loan from its longtime owners, Karin and Saul Cooper.

“The homeowners bought it in 1960 and they raised five children –- four boys and a girl –- and they moved abroad and lived in Rome, Paris, etc., so they would always rent the house out when they were gone,” said showhouse cochair Erika Belsey Worth. “As a result, and also just because they loved the original home, they never renovated.”

The unspoiled brownstone was the perfect blank canvas for the designers, who left no detail unturned, down to the wallpapered ceilings and unlacquered brass Forbes & Lomax light switches. Walls, kitchen millwork and moldings are all painted rich hues by Farrow & Ball, which recently opened a showroom nearby and is one of the event’s sponsors.

“One of the great things about this house is that it’s a 25-foot-wide townhouse, which helps a lot,” said designer Glenn Gissler, who transformed the front parlor into three separate zones using mostly vintage furniture from the online antique dealer 1stdibs. “We’ve seen many, many, many Brooklyn living rooms that are narrower than that with a ceiling medallion over the fireplace, which makes for a bit of a wonky room.”

Gissler’s starting point was an antique Persian carpet that spans most of the 16-by-31-foot living room. Then, he created two intimate seating areas and a work station, anchored by a vintage Jules Leleu desk between the two front windows. The Farrow & Ball Bumble Bee wallpaper on the ceiling adds a touch of whimsy to the room’s subdued color palette.

“I wanted to address the great detailing and proportions of the room,” Gissler said. “It wasn’t about making a room for the 19th century or even the 20th century, so what I did was respect the architectural environment of the room and then created a room for the 21st century.

“We all spend way too much time on our devices, and by putting that table desk near the window, it made a space that would have you use the room in the course of natural events on a daily basis,” Gissler said.

Ciuffo Cabinetry of Long Island designed, built and installed the compact kitchen at the back of the parlor level. The 1-inch-thick millwork is made from maple with walnut trim, and painted to match the Farrow & Ball color “Railings.” The pattern on the Walker Zanger ceramic tile backsplash is a nod to the original brass grills on the house.

Upstairs, a sweet little girl’s room by Bella Mancini is a mashup of designer fabrics and items from national retailers like Serena & Lily and Garnet Hill. Toys are scattered across the Stark carpet and a pair of pajamas is spread out on an unmade bed to make the room look naturally unkempt.

“It was a bit of gamble,” Mancini said. “We’ve all been to showhouses and the rooms are so good. I was a little bit worried that doing something so disheveled people would not really get it. But I was doing a little girl’s room, and I just know how my kids leave their rooms in the morning. It just felt more natural. It felt more like real life.”

The drapery fabric by LuRu Home was Mancini’s inspiration for the room. Pillows and bedding in an eclectic mix of patterns and textures adorn the two rattan daybeds.

“I imagined this was a little girl’s room and she might have a slumber party or read with her parents on one and sleep on the other,” Mancini said. Hinson Spatter wallpaper on the ceiling adds a finishing touch.

Visitors to the showhouse are encouraged to wander the house freely and sit on the furniture, which is all for sale. Tickets are $40 and proceeds go to the Brooklyn Heights Association, which dates from the 1920s and helped landmark Brooklyn Heights.

The showhouse, which will remain open until Sunday, November 5, is the group’s yearly fundraiser; it replaced the Brooklyn Heights House Tour.