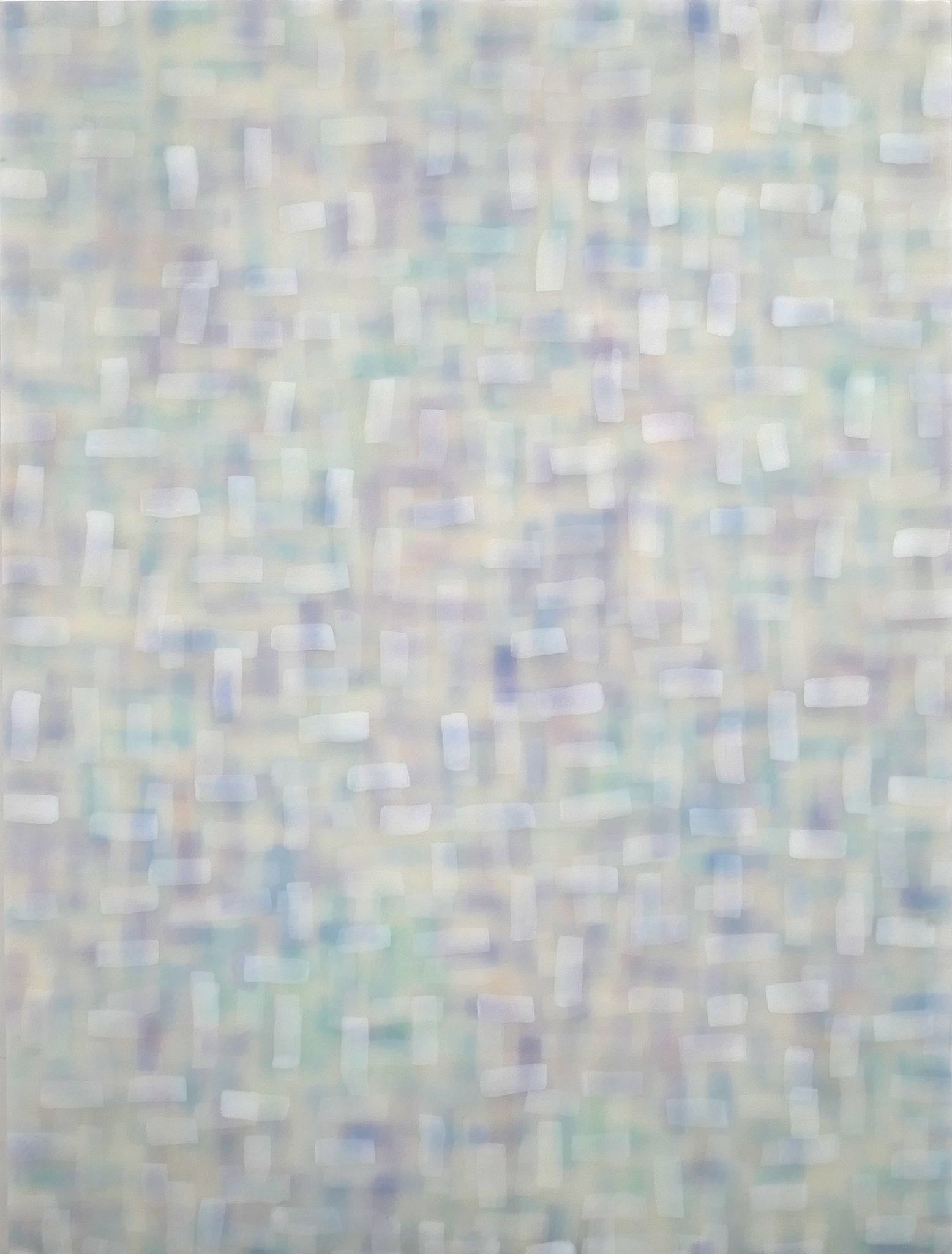 NEW YORK, NEW YORK, MAY 16, 2017 – Berry Campbell Gallery is pleased to announce the exhibition “Mike Solomon: Immediate Splendor” featuring nineteen recent paintings and works on paper.  The exhibition opens with a reception on Thursday, June 1, 2017 from 6 to 8 pm and will continue through July 8. Mike Solomon is currently included in the permanent collection exhibition, “Art of Our Time,” curated by Matthew McLendon at the John and Mable Ringling Museum of Art, Sarasota, Florida. Following his exhibition at Berry Campbell, Solomon is preparing for a solo museum exhibition at the Greenville County Museum of Art, South Carolina.

Mike Solomon has exhibited widely throughout the United States at museums, galleries, and art fairs and was recently included in “Defining Abstraction” curated by Mark Ormond at the Ringling College of Art and Design, Sarasota, Florida.

In a 2015 review art critic James Croak said, "Solomon’s more controlled grid-like abstraction seems to date from well before the New York School and is anchored in the early Modernism and grid structure of the De Stijl group in The Netherlands. A specific reference would be Piet Mondrian, whose Composition in Brown and Gray (1913-14) or Composition in Line (Black and White) (1916-17) derived from a geometric reduction of landscape would seem to be immediate ancestors.”[1] Commenting on this aspect of nature informing Solomon's art, Helen Harrison, historian and Director of the Pollock-Krasner House and Study Center stated, "His art embodies fundamental qualities that he perceives in nature, for which he creates aesthetic analogies. Without imitating those qualities, he captures their essence, pins it down and offers it as a gift to those who take the time to receive it.”[2]

Solomon studied at the Skowhegan School of Sculpture and Painting in Maine (1975) and continued his studies at the Yale Summer School of Music and Art, Norfolk, Connecticut (1978) where he was influenced by artist Joan Snyder. He spent the rest of 1978 in New York City studying independently with artists Ray Parker and David Budd. In 1979, Solomon earned his Bachelor of Arts at the College of Creative Studies at the University of California, Santa Barbara where he studied with Charles Garabedian and John McCracken. In 1989, Solomon earned his Master of Fine Arts from Hunter College, New York. Additionally, he served as studio assistant to John Chamberlain and Alfonso Ossorio.

Through the years, Solomon has explored a range of subjects, styles, and concepts using various materials from traditional watercolors to roplex and acrylic gels to beeswax. A consistent through-line is his interest in transparency, which is foundational to his work. Solomon‘s exploration of the effects of light penetrating color continues in his recent work made with resin. While the finished objects appear to have only two dimensions, they are constructed three-dimensionally: composites of multiple layers of thin papers painted with watercolors.  Each layer of tinted paper is infused with resin, resulting in a clear surface revealing the color submerged within the solid ‘sheet’ of resin. The chromatic development continues as the artist then paints another piece of paper and repeats the process of saturating it with resin and attaching it to the previous one. Each transparent layer reacts and builds from the one before it.  This cycle is repeated up to a dozen times depending on the intensity of color and composition desired. The finished form is seen through a clear sleek surface of polished resin. Solomon’s labor intensive technique is as unique as its results. "For me, the attribute of transparency exists in both physical and in spiritual realities. Holding on to both, I seek to create a pictorial example; one in which actions are not covered over; "mistakes" are not painted out; one in which all things I’ve done in the process are visible.” [3]

Mike Solomon became fascinated with the grid early in his career and it continues to be a central structural element in his paintings and sculpture. Janet Goleas wrote that Solomon’s grids are reductive aesthetically but are not without emotion: “And so, contained in Solomon's grid work are the moments, memories and the small poetries that function at the edges of actuality. That subtle piercing into the fabric of memory is one of the mainstays of his oeuvre.” [4]

For this exhibition, there are three compositional variations created by the artist's marks: short horizontal and vertical brush strokes, long plaid stripes and soft hexagonal shapes floating in space (appropriating the “Bokeh effect” from photography). Depending upon the intensity of the colors, paintings in each “mode,” as Solomon calls them, can be soft and subtle or intense and vibrating. As Bruce Helander wrote in the Huffington Post, “Mike Solomon creates beautiful, color saturated paintings that have a built-in grid reminiscent of early Larry Poons geometric accents, which contain an elegant veil of dreamlike mist. Solomon is a tastemaker if there ever was one…”[5]

In 2011, sculptor Alice Aycock chose Solomon for the acclaimed biennial exhibition “Artists Choose Artists” at the Parrish Art Museum, Water Mill, New York.  His first solo exhibition was held in 1979 at the College of Creative Studies, University of California Santa Barbara, followed by one person shows at the Queens Museum of Art, New York (1988), Hunter College, New York (1989), and the Heckscher Museum of Art, Huntington, New York (1999).  In 2001, Solomon participated as an artist and advisor in "Surfs Up," the first show of its kind on surfing culture in New York curated by the late John McWhinnie at Glenn Horowitz Bookseller, East Hampton.  Other artists in the show were Richard Prince, Julian Schnabel, Ashley Bickerton and Michael Halsband. Solomon has also been included in exhibitions curated by Noah Becker, Blair Voltz Clark, Rob Edleman, Mary Heilmann, and Geoffrey Young.