Susan Vecsey: In Between 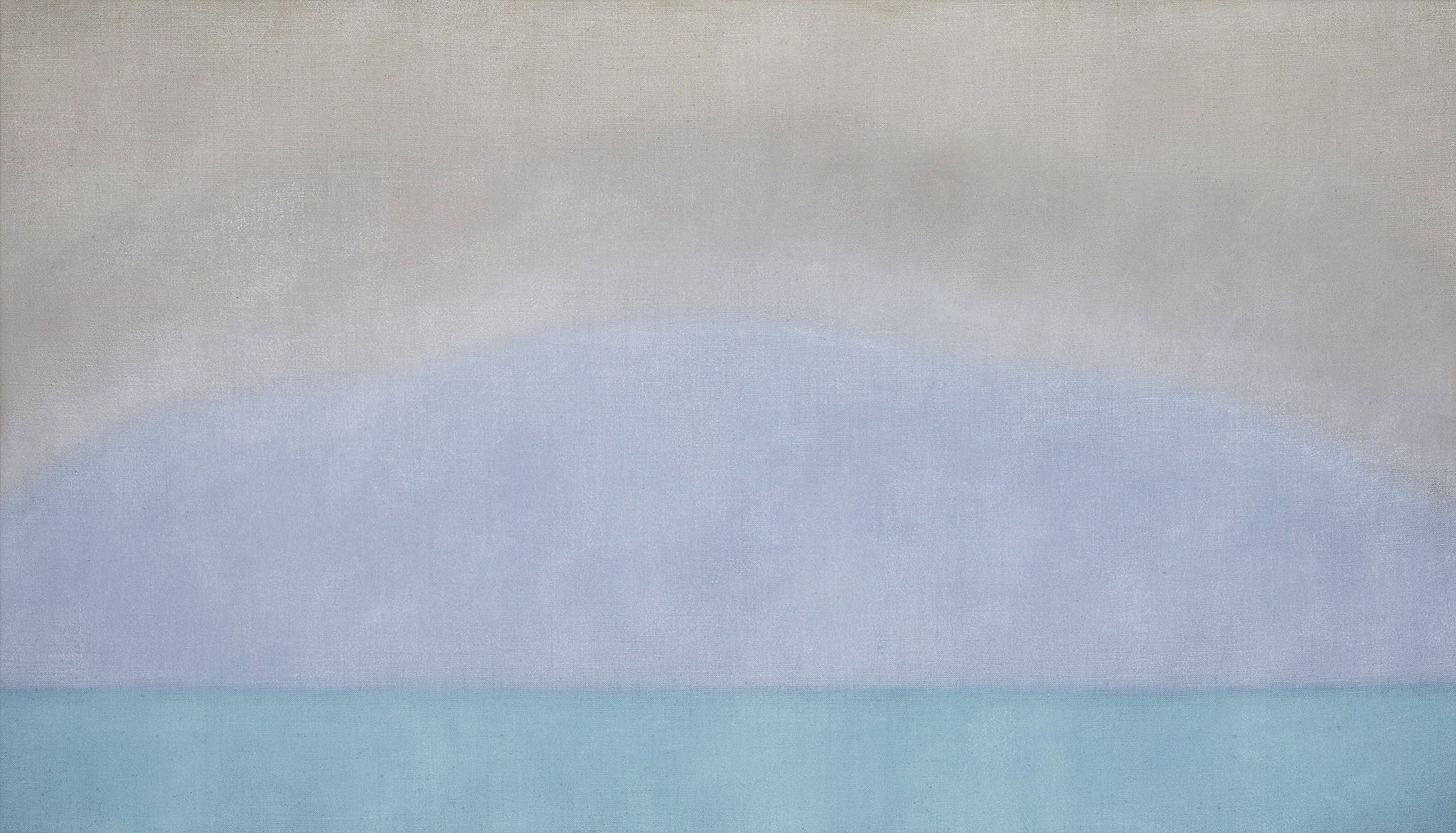 NEW YORK, NEW YORK, JUNE 22, 2020 – Berry Campbell Gallery is pleased to announce a special exhibition of recent paintings by Susan Vecsey. The show title, In Between, recognizes the contrasting times in which these paintings were created, before and during the pandemic, while also referring to the fine line between abstraction and representation in Vecsey’s work. This exhibition will include fifteen new pieces, including her most recent exploration with collage. This is Berry Campbell’s fourth exhibition of Susan Vecsey’s work since announcing her representation in 2014. Concurrent with her exhibition at the gallery, Vecsey is part of a group exhibition at the Nassau County Museum of Art, Roslyn Harbor, New York, entitled, blue, curated by Museum Director, Charles A. Riley II, Ph.D. In addition to Vecsey, other artists in the show are Helen Frankenthaler, Yves Klein, Henri Matisse, and contemporary artists including Sean Scully. This exhibition opens at Berry Campbell’s Chelsea location on July 9, 2020 and runs through August 21, 2020.

In an essay written for Susan Vecsey’s Greenville County Museum of Art solo exhibition catalogue, Phyllis Tuchman writes: “Vecsey’s abstractions call to mind both Color Field paintings as well as landscapes. They exist somewhere in the middle, neither one nor the other. For starters, instead of working with acrylic pigments and yards of unstretched canvas as a Color Field artist might do, Vecsey executes her evocative pictures the old-fashioned way. To linen surfaces, she applies layers of oil pigments. Depending on the weather, it can take days for each plane of color she has thinned with turpentine to dry. Occasionally, she makes larger works in a diptych format. As it is, to get started, she relies on a few academic basics. She makes small charcoal drawings on the spot; and after that, pastels and color studies before she ever picks up any brushes, sponges, rags, or pour buckets. Then, she improvises. She once said that you need to be, ’ready to accept or reject the unexpected.’”

Susan Vecsey was born in New Jersey and currently lives and works in both New York City and East Hampton, New York. She earned her Bachelor of Arts from Barnard College, Columbia University, New York, and her Master of Fine Arts from the New York Studio School of Drawing, Painting and Sculpture, studying under Graham Nickson. In 2012, Vecsey was a visiting artist at the American Academy in Rome. In 2017, Susan Vecsey had a solo museum exhibition at the Greenville County Museum in South Carolina, featuring numerous large-scale paintings. That same year, the John Jermain Memorial Library, Sag Harbor, New York, presented another solo exhibition of Vecsey’s paintings and works on paper. In reference to Vecsey’s 2014 show at Berry Campbell Gallery, New York, a review in Artcritical reads: “this is virtuoso painting.”  Vecsey’s work was featured in Guild Hall Museum’s 2014 Selections from the Permanent Collection curated by Museum Director/Chief Curator, Christina Strassfield, alongside Eric Fischl, April Gornik, Balcomb Greene, Mary Heilmann, and David Salle.

She has collaborated with numerous architects and designers, including David Scott Interiors, New York, Mabley Handler Design, Water Mill, New York, and Daniel Kahan, Smith and Moore Architects, Palm Beach, Florida. In recent years, the distinguished design dealers, Lee Jofa and Brunschwig & Fils, have used several of her paintings in advertising campaigns. Vecsey has been featured in magazines such as Architectural Digest, Hamptons Magazine, and Veranda.

Susan Vecsey’s paintings are widely held in public and private collections around the world.  In addition to the exhibition at the Nassau County Museum of Art, she is currently part of the Members Exhibition at Guild Hall Museum, East Hampton.  Recently, Vecsey participated in Drive-by-Art (Public Art in the Time of Social Distancing) in the Hamptons (catalogue forthcoming), which was featured in the New York Times. Susan Vecsey is exclusively represented by Berry Campbell Gallery in New York.

ABOUT BERRY CAMPBELL GALLERY
Christine Berry and Martha Campbell have many parallels in their backgrounds and interests. Both studied art history in college, began their careers in the museum world, and later worked together at a major gallery in midtown Manhattan. Most importantly, however, Berry and Campbell share a curatorial vision.

Both art dealers have developed a strong emphasis on research and networking with artists and scholars. They decided to work together, opening Berry Campbell Gallery in 2013 in the heart of New York's Chelsea art district, at 530 West 24th Street on the ground floor. In 2015, the gallery expanded, doubling its size with an additional 2,000 square feet of exhibition space.

Highlighting a selection of postwar and contemporary artists, the gallery fulfills an important gap in the art world, revealing a depth within American modernism that is just beginning to be understood, encompassing the many artists who were left behind due to race, gender, or geography-beyond such legendary figures as Pollock and de Kooning. Since its inception, the gallery has been especially instrumental in giving women artists long overdue consideration, an effort that museums have only just begun to take up, such as in the 2016 traveling exhibition, Women of Abstract Expressionism, curated by University of Denver professor Gwen F. Chanzit. This show featured work by Perle Fine and Judith Godwin, both represented by Berry Campbell, along with that of Helen Frankenthaler, Lee Krasner, and Joan Mitchell. In 2019, Berry Campbell's exhibition, Yvonne Thomas: Windows and Variations (Paintings 1963 - 1965) was reviewed by Roberta Smith for the New York Times, in which Smith wrote that Thomas, "... kept her hand in, adding a fresh directness of touch, and the results give her a place in the still-emerging saga of postwar American abstraction."

In addition to Perle Fine, Judith Godwin, and Yvonne Thomas, artists whose work is represented by the gallery include Edward Avedisian, Walter Darby Bannard, Stanley Boxer, Dan Christensen, Eric Dever, John Goodyear, Ken Greenleaf, Raymond Hendler, Ida Kohlmeyer, Jill Nathanson, John Opper, Stephen Pace, Charlotte Park, William Perehudoff, Ann Purcell, Mike Solomon, Syd Solomon, Albert Stadler, Susan Vecsey, James Walsh, Joyce Weinstein, Frank Wimberley, Larry Zox, and Edward Zutrau. The gallery has helped promote many of these artists' careers in museum shows including that of Bannard at the Institute of Contemporary Art, Miami (2018-19); Syd Solomon, in a traveling museum show which culminates at the John and Mable Ringling Museum in Sarasota and has been extended through 2021; Stephen Pace at The McCutchan Art Center/Pace Galleries at the University of Southern Indiana (2018) and at the Provincetown Art Association and Museum (2019); Vecsey and Mike Solomon at the Greenville County Museum of Art, South Carolina (2017 and 2019, respectively); and Eric Dever at the Suffolk Community College, Riverhead, New York (2020). In an April 3, 2020 New York Times review of Berry Campbell's exhibition of Ida Kohlmeyer's Cloistered paintings, Roberta Smith stated: “These paintings stunningly sum up a moment when Minimalism was giving way to or being complicated by something more emotionally challenging and implicitly feminine and feminist. They could hang in any museum.”

Collaboration is an important aspect of the gallery. With the widened inquiries and understandings that have resulted from their ongoing discussions about the art world canon, the dealers feel a continual sense of excitement in the discoveries of artists and research still to be made.

Berry Campbell is located in the heart of the Chelsea Art District at 530 West 24th Street, Ground Floor, New York, NY 10011. For further information, contact us at 212.924.2178, info@berrycampbell.com or www.berrycampbell.com.