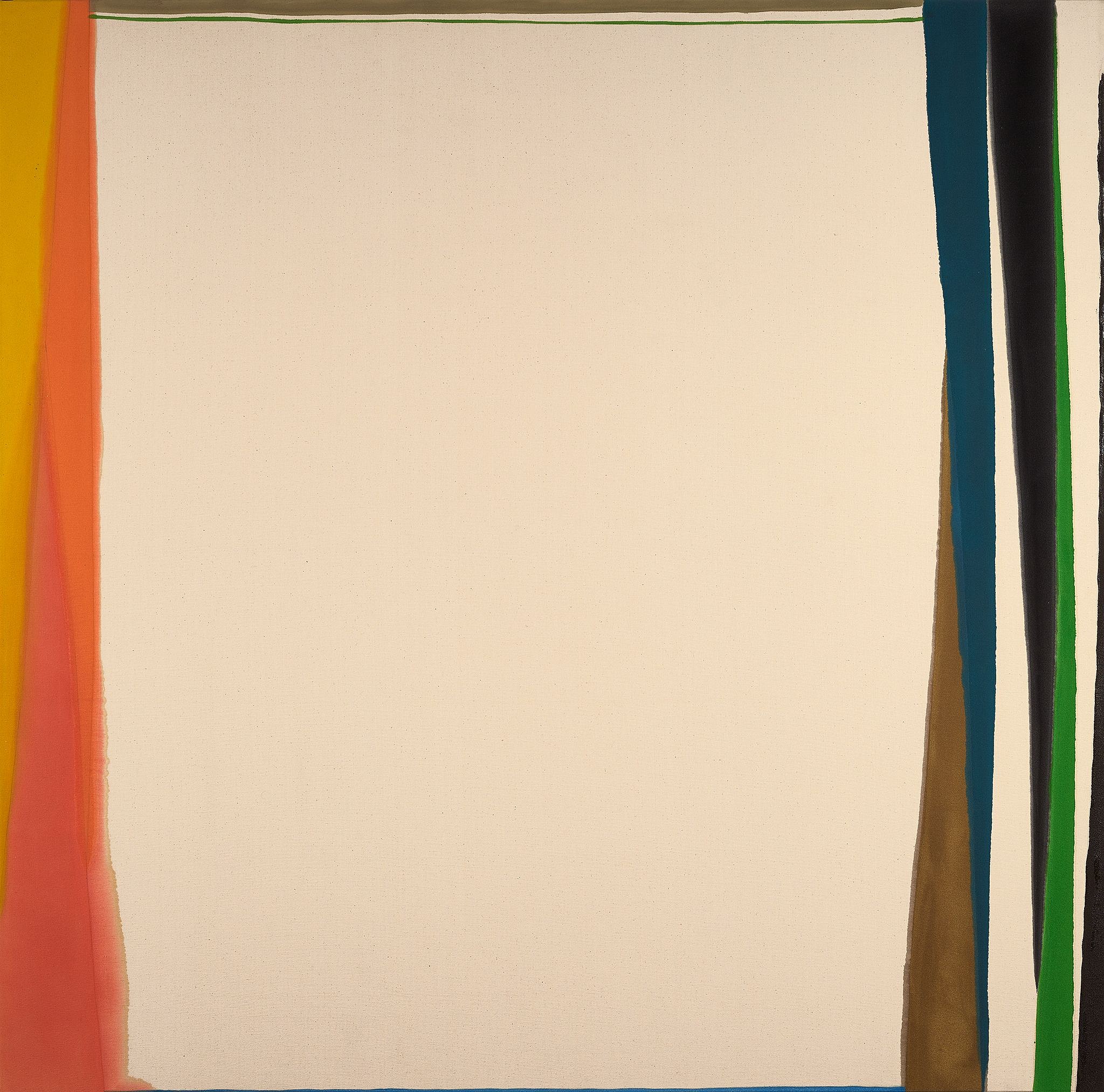 NEW YORK, NEW YORK, November 2, 2019—Berry Campbell Gallery is pleased to announce an important exhibition of paintings by legendary Color Field painter, Larry Zox.  The focus of this historic exhibition is his Open Series, painted from 1972 to 1975, with several examples that have not been on public display since his retrospective at the Whitney Museum of Art (1973-1974). This exhibition is accompanied by an eight-page brochure with an essay written by Donald Kuspit, one of America’s most distinguished art historians.  The exhibition will open with a reception on Thursday, November 14, 2019 from 6 to 8 pm and continues through December 20, 2019.

Committed to abstraction throughout his career, Larry Zox played a central role in the Color Field discourse of the 1960s and 1970s. His work of the time--consisting of brilliantly hued geometric shapes in dynamic juxtapositions--demonstrated that hard-edge painting was not cold or formalistic. He reused certain shapes, but he did so less to explore their aspects than to “get at the specific character and quality of each painting in and for itself,” as James Monte stated in his essay for Zox’s solo exhibition at the Whitney Museum of American Art in 1973. In the early 1970s, he began using a freer, more emotive method, in which he softened the geometry of his forms while maintaining the autonomy of color, which would increasingly become more important to him than structure in his later years.

Zox began to receive attention in the 1960s, when he was included in several groundbreaking exhibitions of Color Field and Minimalist art. These included Shape and Structure(1965), organized by Henry Geldzahler for the Gallery of Modern Art, New York, and Systemic Painting(1966), organized by Lawrence Alloway for the Guggenheim Museum. Zox’s solo exhibition at the Whitney in 1973 acknowledged his significance in the art scene. In 1974, he was represented in the inaugural exhibition of the Hirshhorn Museum, Washington, D.C., which owns fourteen of his works.

In his essay for this exhibition, Donald Kuspit writes: “Zox has been called a color field painter, but his art is not characterized by the disengagement that often denotes such work. What distinguishes the color in hisOpen Seriesis its peculiar sobriety, discretion, and intimacy: it draws us into the space of the painting, rather than pushes out at us in a sort of frontal—confrontational—attack, as the color in Gene Davis’s stripe paintings and in Morris Louis’s "unfurled paintings"—to mention two of the artists with whom Zox has been associated. More to the point, Zox’sOpen Serieshas a certain affinity with Robert Motherwell’s Open Series, but Zox’s series is more introspective. Motherwell addresses the theme of the window, in homage to Matisse’s window series. In their series a window separates interior space from exterior space— inside from outside. Zox’s space is all interior, even when it alludes to the exterior. This is the case in works that reference the space of nature, such as Collingsville,1972, Hudson Canyon, c. 1973, and Hudson Strait, 1973. Nature is a point of departure for Zox; its open space becomes his inner space. For Zox, landscape transforms into what Gerard Manley Hopkins called "inscape." Slowly and surely, Zox abandoned landscape—he no longer needed it as a stimulus, a source of inspiration. In the two Untitledpaintings, Open White, c. 1974, and Untitled, 1975, he made resolutely pure, transcendental abstractions—absolute painting, as it were.”

Zox was born in Des Moines, Iowa. He attended the University of Oklahoma and Drake University in Des Moines. While studying at the Des Moines Art Center, he was mentored by George Grosz. Despite his own figurative approach, Grosz encouraged Zox’s forays into abstraction. In 1958, Zox moved to New York, joining the downtown art scene. His studio on 20th  Street became a gathering place for artists, jazz musicians, bikers, and boxers. He occasionally sparred with the visiting fighters. He later established a studio in East Hampton, where he painted and fished, an activity that included his use of a helicopter to spot fish.