In her reduction of painting to its physical essence, Jill Nathanson belongs to the Color Field legacy, but her immersive and sensual paintings stand in a category of their own. Consisting of unusual hues of overlapping layers of variable translucency, they create emotionally nuanced experiences with yet enough tension to engage our contemplation. Empirical Empyrean, the title of one of her paintings her second exhibition at Berry Campbell, suggests the fine line on which her work rests.

Eschewing the gestural impulsiveness of Abstract Expressionism, Nathanson employs a systematic, multistep process. She starts with sheets of translucent color—files she makes and prints from the computer—which she overlays to produce new colors, cutting and combining until she finds relationships that spark the visual responses she seeks. She then scales up her studies for transference to finished works. This use of modelli (preliminary studies) brings to mind the tradition of disegno, drawings as an externalization of internal ideas that stretch back to old masters, such as Leonardo da Vinci—even though Nathanson “draws” with scissors and collage. One could also link her art to the opposing convention of colorito, a term usually applied to 16th-century Venetian painting in which color is employed in a dominant manner, for sensual expressive purposes and as an important compositional element. In her laser focus on the physical act of painting, and her employment of a wide array of uncommon hues, she brings to mind the work of Titian and glazing traditions. However, instead of oil viscosity, she achieves her results with a thick polymer that was developed in association with the custom lab at Golden Artist Colors. Her paint medium looks milky-white when wet, even after she adds pigment to it. She must do endless tests to reach exactly the right hue, saturation, and degree of transparency for her paint applications. As she states: “There is no room for error.”

For Nathanson, the creating of a painting is a balancing act that entails editing and adjustments. She works on large wood panels covered with gesso, over which the paint runs and flows freely. It is thus necessary for her to tape the edges of her shapes. She must also carefully control the paint by lifting and tilting the heavy panels with rhythmic movements that require intense concentration and physical stamina. Each color takes a day to dry, an aspect of her art that is not obvious due to the fluidity of her orchestrations. Musical analogies can be readily made to her harmonies and intervals of color and form—it is not surprising that she is very involved in classical music (this can at least in part be attributed to the legacy of her mother, a classical pianist whose music Nathanson heard in the background throughout her youth). The title of Nathanson’s second show at Berry Campbell, Cadence, which derives from one of Nathanson’s paintings, emphasizes the way her work is a visual equivalent of a rhythmic flow of sounds or words. As in this case, Nathanson does not seek to describe her works in her titles, but to choose words or phrases that make looking an active process.

Nathanson describes her aim as “color desire,” a quality of being, between open-endedness and finality. Bringing her paintings to this point of irresolution and wanting more, she allows us, as viewers, to be part of each work. She states: “I want the person looking to be engaged in seeking certain color qualities that the painting’s wholeness requires but that are less evident.”

This process compels the viewer emotionally and intellectually, bringing many resonances into our conscious and subconscious. In their tension and flow, Nathanson’s works mirror human movements. An example is Key of Be, which brings to mind the dances of Isadora Duncan or Kandinsky’s piano keys causing “vibrations in the soul.” We experience water, in its buoyancy, light, immersion, and depth in a visceral way in much of this work, as in the liquescent blues and greens in Timbre, which float and drift. Will the rising form of the pale-yellow orb diffuse their transparent membranes? The weightless ephemerality in such a work creates a soothing and calming sensation that could even have a property of healing. In Time Signature, the elements repel and attract, creating an interactive field of energy and matter that unites the physical world with the qualities of light and form that are the essential language of art. The organic and transcendent come together in Empirical Empyrean, bringing to mind Islamic paradise gardens and the reverential moods of the misty beyond in the work of Caspar David Friedrich. The art historian and critic, Karen Wilkin, who has covered Nathanson’s work throughout her career, notes: “Nathanson’s color—pale citrusy oranges and yellows, tender greens, transparent blues, and odd mauves—seems at once evocative of the natural world and synthetic . . . adding to the complexity of her pictures. Like the fluctuating, expansive space suggested by her elegantly varied paint handling, surface inflections, and color relationships, this conceptual contradiction keeps us a little off balance, suggesting yet another layer of allusion even as the specificity of that allusion escapes us, like an imperfect memory or a rapidly disappearing dream image.”1

In many of her works, Nathanson adds small areas of oil paint to her surfaces. These visible traces of the artist’s hand counter the autonomous quality of the poured veils, suggesting Nathanson’s wish to mediate the universality of her work with a more personal experience. These patches, acknowledging the painting as itself, also serve as points of rest and reference for the viewer, reminding us of our own humanity. The surfaces themselves are also not as uniform as they first appear, raising questions of the interaction between the optical and conceptual. This can be related to the disegno and colorito debate. At the same time, the variations in surface emulsions—including streaks and air bubbles—create a complexity that calls for us to find our own resolutions.

A number of years ago, Nathanson found an interesting similarity between pictorial unity and ideas of the Kabbalah. In the studies she was undertaking, she learned that Kabbalah-influenced prayer practices in the seventeenth and eighteenth centuries involved visualizing colors representing the different parts of God, which the praying subject strived to unify. We could extrapolate this idea to our own search to integrate the many parts of ourselves, for which Nathanson’s paintings can serve as a catalyst and mediator.

Nathanson grew up in New York City. After she graduated from the High School of Music and Art, she went on to Bennington College, Vermont, attending when it was at the center of Color Field Abstraction. There, she studied with Sophia Healy and received instruction from Kenneth Noland and Larry Poons, who helped her to avoid composing with dark and light tones, giving pure color a significant role in structuring her art. She graduated from Bennington in 1976, and received her MFA from Hunter College, City College of New York, in 1982. At a symposium organized by Virginia Tech in Blacksburg, Virginia, she showed her work to the British sculptor Anthony Caro, who invited her to participate in the first Triangle Workshop, a two-week residency program for artists based in America and internationally. From the workshop, Nathanson was the first United States artist selected to display her art at the Triangle Center Gallery; this exhibition, held in 1982, was also Nathanson’s first solo show. After living in Boston from 1982 to 1986, she returned to New York, where she currently lives.

In 2015, Nathanson was one of six artists in Confronting the Canvas: Women of Abstraction at the Museum of Contemporary Art, Jacksonville, Florida curated by Jaime DeSimone, an exhibition focused on new, experimental approaches to the process of painting. The other participants were Keltie Ferris, Maya Hayuk, Fran O’Neill, Jackie Saccoccio, and Anke Weyer. 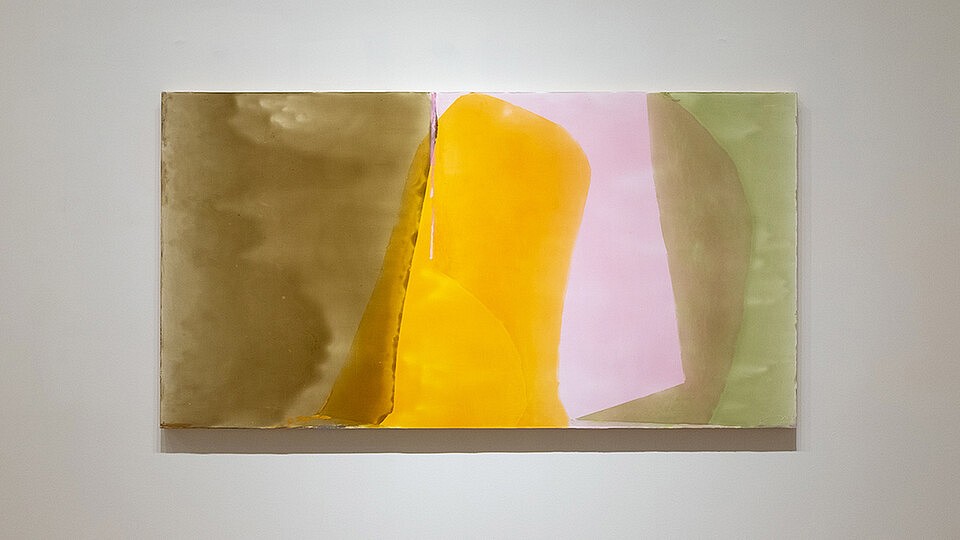 Sheldon Museum of Art will a conversation with... 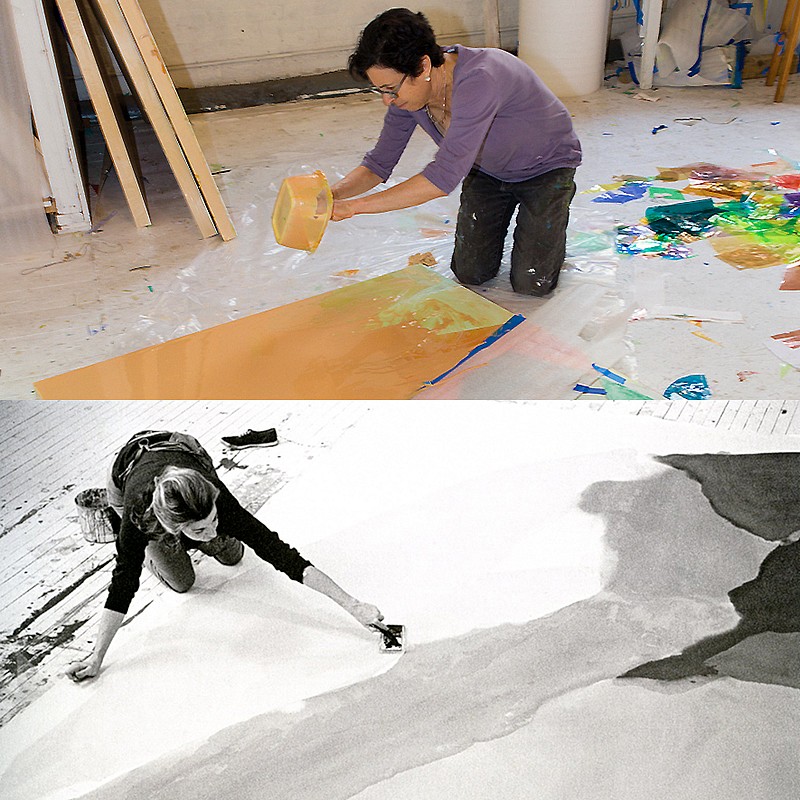 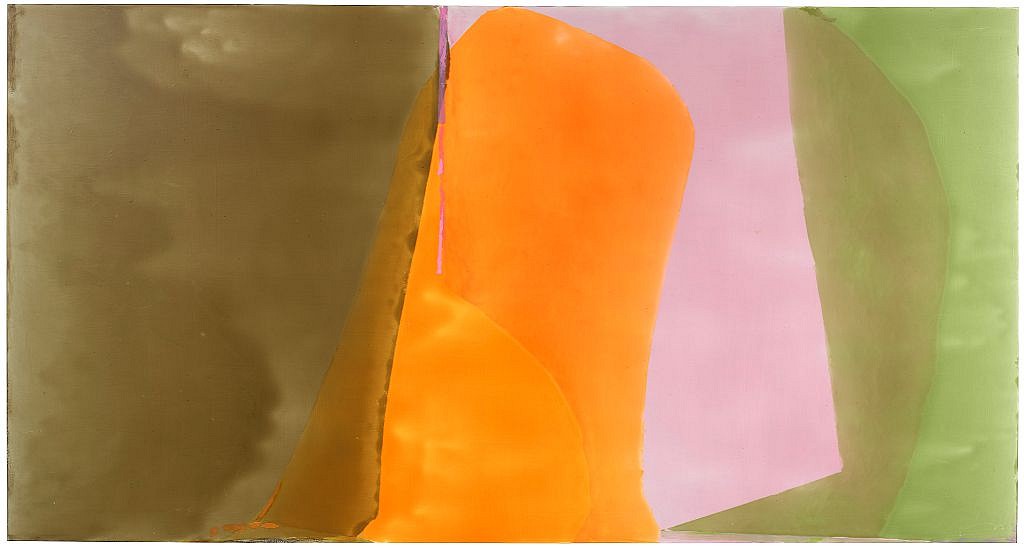 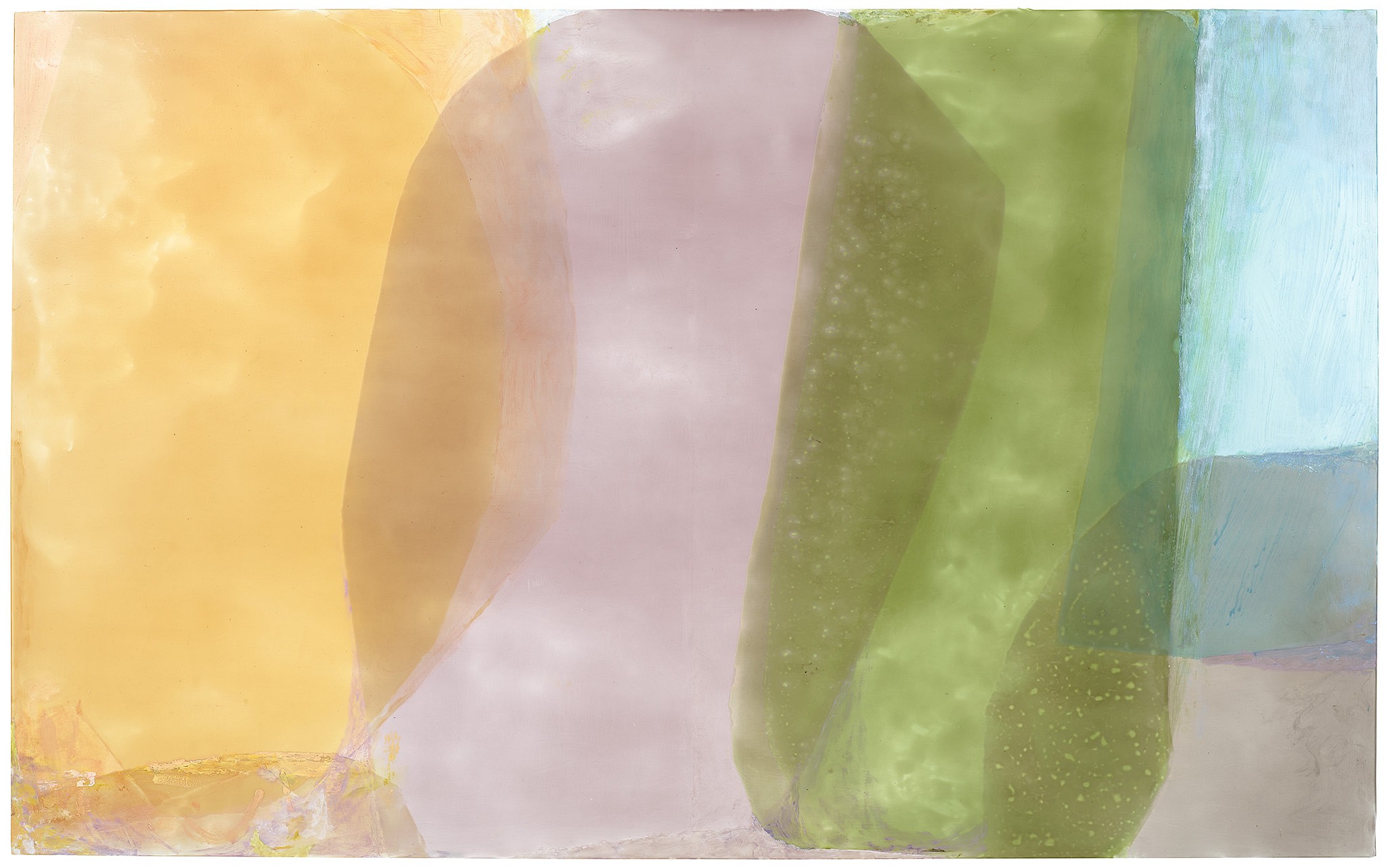 A veteran of more than 20 solo exhibitions in... 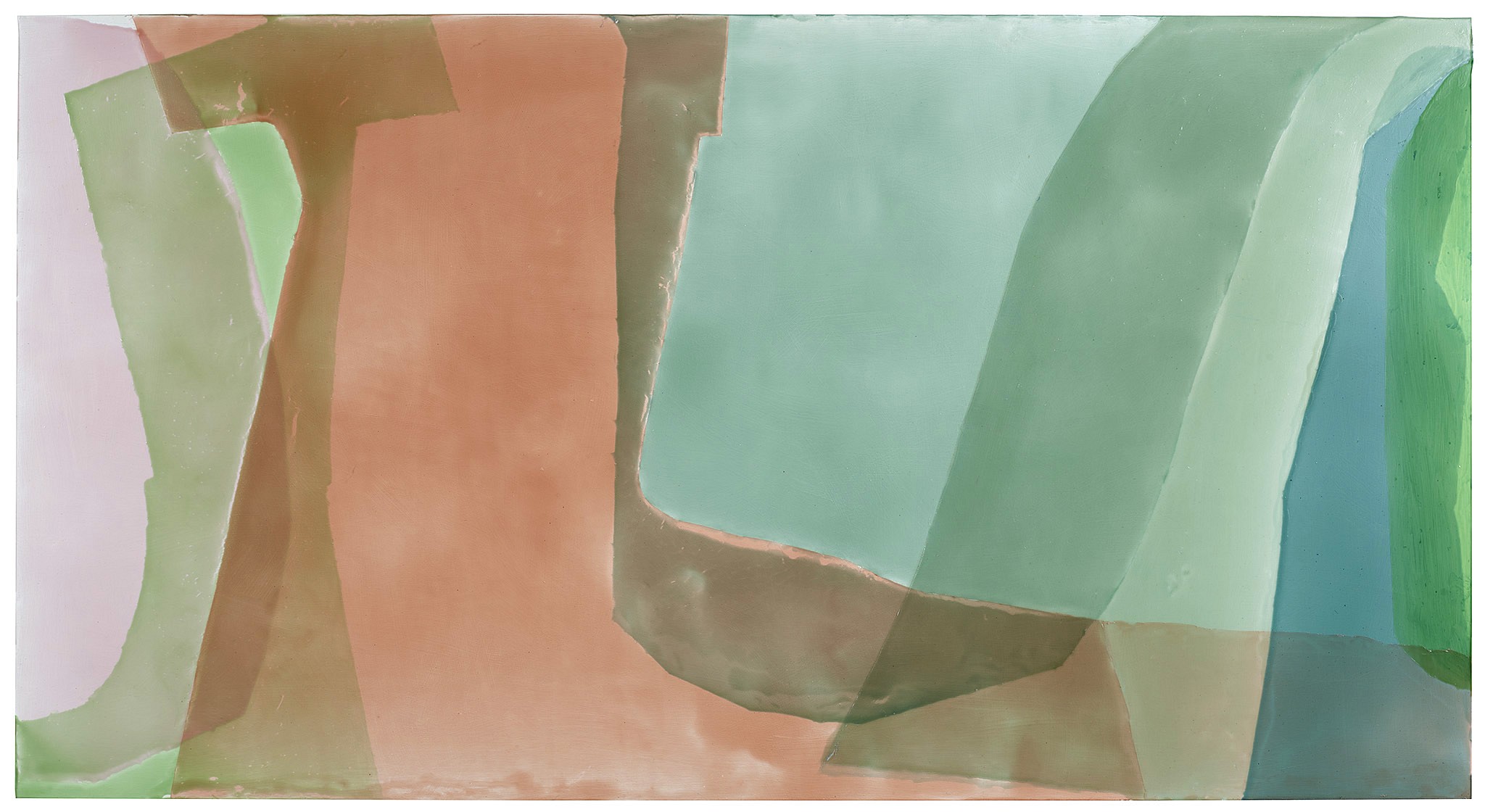