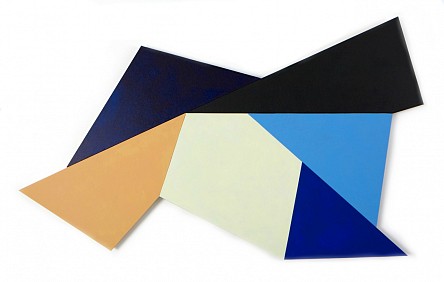 Portland Museum of Art turns to new participants for biennial exhibit
Most of the 32 artists, all with some connection to Maine, have never participated in the show before.
BY BOB KEYES STAFF WRITER

Alison Ferris had two goals when she chose artists for the Portland Museum of Art biennial: She wanted to include artists who had never participated, and she wanted the work to represent a variety of media.

In the end, she chose 32 artists with connections to Maine, of whom only three have shown in the every-other-year survey of contemporary art. And for the first time, the biennial will include Maine Indian basketmakers.

The museum announced its selection of artists this week. They range from George Neptune, a 26-year-old Passamaquoddy Indian who makes baskets, to Emily Nelligan, an artist in her 90s best known for her drawings from Great Cranberry Island.

“It was a big challenge,” Ferris said. “But I was excited to have the opportunity, and especially excited because Maine is my home state. I’ve been here almost 20 years, and I’ve loved watching the art world and the artists in it here evolve over the years.”

Ferris, who lives in Edgecomb, is curator of Kohler Art Center in Sheboygan, Wisconsin, and past curator at Bowdoin College Museum of Art in Brunswick. She also worked as assistant director of the Maine Arts Commission for a short time.

The every-other-year exhibition offers a survey of contemporary art by artists with connections to Maine. In the past, artists have been chosen by a panel of independent judges hired by the museum to evaluate the work.

Two years ago, the museum’s chief curator, Jessica May, who was new on the job at the time, curated the exhibition as a way to familiarize herself with the state and its artists. She asked Ferris to handle the task this time because she respects Ferris’ work and appreciates her depth of knowledge of contemporary art. “She’s an independent curator who has one foot in Maine and one in the larger contemporary art world,” May said.

The three artists who have shown in a previous PMA biennial are Brett Bigbee of South Portland, John Bisbee of Brunswick and Thomas Brennan of Vermont.

Among the newcomers are four basketmakers: Theresa Secord of Waterville and Sarah Sockbeson of Kingfield, who are Penobscot basketmakers; and Jeremy Frey of Indian Island and Neptune of Bar Harbor, who are Passamaquoddy. Secord and Frey are recognized nationally for their work, while Neptune and Sockbeson are young artists learning the traditional ways.

Ferris included them because their work is exquisite “and artists from the Wabanaki tribes were the first artists in Maine, and the fact that art forms from these traditions are still being practiced thousands of years later is remarkable.”

Artists expressed pleasure at being curated into the exhibition.

Ken Greenleaf was chosen for a large acrylic-on-canvas geometric painting with shaped supports. When hung, the piece, which is six-feet across, appears to float over the surface of the wall. “I’m happy to be in the Biennial,” Greenleaf said via email. “There hasn’t been much of my new work shown in Maine for a few years, so it will be good to have a good-sized piece in that show.”

Randy Regier, formerly of Portland now of Wichita, Kansas, will show one of his large-scale, toy-like sculptures. He started designing and building them when he worked in Portland. His career has evolved since moving to Kansas a few years ago. He called it “a poignant moment” to have his work “called back to Maine. I have mixed emotions, but they’re all positive,” he said.